Through much of history, pale skin was desired, since a tan showed you had to do manual labor outdoors. Some cultures still have this preference, but for Caucasian people in the United States and Europe, the tan is in. Here is the history of the tan.

Pale in the Past

Pale skin was favored in Greek, Roman, and Elizabethan cultures of the past. In 17th-century France, during the reign of King Louis XIV, French society stayed out of the sun and used whitening cosmetics, which also helped to hide smallpox scars.

In the 19th century during the Victorian period, women aimed for a pale appearance, wearing hats and carrying parasols. Lightening creams were available for sale, some of which contained lead as an ingredient. By the late-1800s, sunlight started to be used to treat medical conditions, including consumption, rickets, depression, and “madness.”

With increasing numbers of people laboring out of the sun in factories and mines, thoughts about the sun began to change. In 1923 after accidentally tanning in the French Riviera, French designer Coco Chanel started a trend of tanning, which began to be associated with health and leisure. The new trend fit in with shorter hemlines and rebellions against Victorian values.

In 1928, designer Jean Patou created the first tanning oil, Huile de Chaldée. In 1935, Ambre Solaire, a tanning oil that absorbed UV rays, was developed by pharmacist Eugène Schueller, whose company later became L’Oreal. Coppertone introduced their sunblock in the 1940s, and bikinis arrived in 1946, showing even more skin to the sun.

After World War II, leisure time increased in the United States, allowing more time to be spent at beaches and pools. In addition, surfing and beach culture entered the mainstream in the 1950s and 1960s. By the 1960s, having a tan indicated leisure, money to travel to warm locations, and physical fitness resulting from outdoor activities. With the introduction of the sunless tanner, Man-Tan in 1959, more people were able to give this impression. Tanning beds then arrived in the United States in 1978.

The numbers of tanning salons greatly expanded in the 1980s, bring tans to even more people. The first mainstream spray tan came out in 1998. Bronze Tan’s sunless tans are available in any shade from a healthy glow to a deep tan.

Contact us for more information and to book your own tanning bed or sunless tan today!

We're not around right now. But you can send us an email and we'll get back to you, asap. 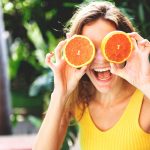 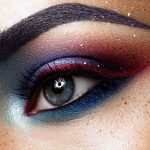